Welcome! A diverse variety of film classes are offered here at WCC. Each course is designed to enhance your appreciation for the most influential popular art form in modern history: Film. Our numerous film classes encourage students to view films with a critical eye, attending not only basic elements of cinematic form, but also an increased awareness of film as art.

All courses fulfill Humanities credits, and many fulfill writing, global and diversity credits. See our full list of Film offerings for the 2020-2021 academic year. 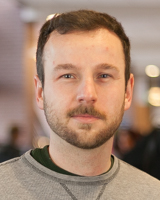