Visual Communication Discipline Outstanding Student Award: Alina Belous, nominated by Visual Communication faculty Jeanne Broussard. Alina Belous is a bright young designer with an enthusiasm for learning. A fellow student noted that "She’s a great designer and a hard worker and I can tell this is her passion!" She asks thoughtful questions and is a great asset in critiques. In the middle of the cohort year, Alina had to deal with an unexpected relocation to the Seattle area. She was a relentless commuter through the Winter and is committed to finishing her degree here at Whatcom. 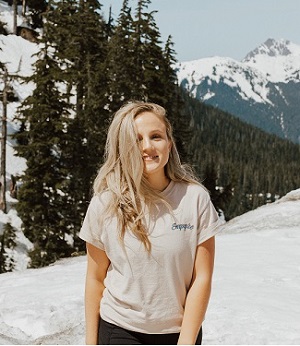