Medical Interpreting Discipline Outstanding Student Award: Meryluz Duque, nominated by Medical Interpreting faculty Catalina Hope. Meryluz was recovering from cancer and then she discovered another health problem that would have stopped most students from continuing. Yet, she persevered! Despite so many obstacles, she was steadfast. She did her homework consistently and excelled in projects and exams. She continued to be kind, warm and generous to others. She didn't stop smiling, despite the fact that at times, she was experiencing severe pain. Along with physical challenges, Meryluz was also contending with very difficult financial problems and taking care of her children and family. I am so proud of her, as I think any teacher or thoughtful and caring person would be . She survived and thrived! To quote Maya Angelou, "Surviving is important, but thriving is elegant." I could shower Meryluz with endless compliments, including this one: Meryluz is elegant. 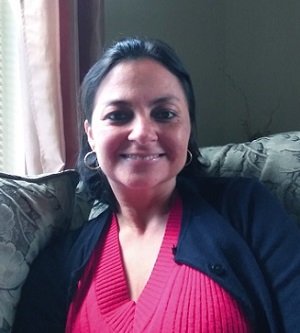