Film Discipline Outstanding Student Award: Kelly Sorbel, nominated by Film faculty Nick Potter. Film Studies award recipient Kelly Sorbel stands out by way of no single characteristic but by academic excellence rendered holistically. At WCC, his pursuit of film theory and his appreciation for film as an art form molded a self-directed and disciplined habit of treating his studies as a platform for intellectual inquiry of all kinds. Most interested in the study of film as a cultural product, Kelly is passionate about the empathetic, transformative power of cinema that allows the spectator to see beyond their own perspective. Kelly’s communal and attentive approach to education engenders his commitment to social justice, equity, and multitudinous viewpoints. His instructors are proud that these principles, nurtured here at WCC, will continue as he enters university to pursue an Interdisciplinary Studies degree in visual media. An intrepid and creative collaborator, Kelly’s academic engagement, without fail, not only enhances the vibrancy of class discussions and course material but also the campus experience for his peers and instructors. Matched with his disciplined, inquisitive, and insightful attributes as a critical thinker, he is a model of student excellence. We are pleased to name Kelly as this year’s recipient and wish him luck in his future academic endeavors. 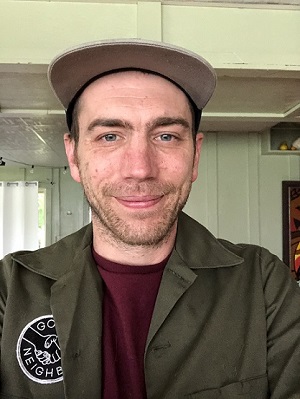