Substance Use Disorder Professional Discipline Outstanding Student Award: Laura McWilliams, nominated by SUDP faculty Tory Sandoz. The faculty and staff in the Substance Use Disorder Professional program was challenged to choose a recipient for this year's award, but of all of the candidates, Laura McWilliams stood out because of her outstanding professionalism in her interactions with staff, faculty and peers. She demonstrates critical thinking and professionalism on her projects and assignments. Laura utilized her all of her instructors' knowledge and experience by asking questions pertaining to substance use disorders and counselling work and asking for resources that can further assist her studies. She is an AHEC scholar. We are very proud of Laura McWilliams! 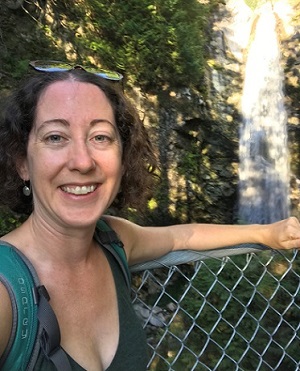