French Discipline Outstanding Student Award: Lucy Olson, nominated by French faculty Anne George. I nominate Lucy Olson for the 2020 Outstanding Student French discipline Award. Lucy has taken all first and second year French courses at Whatcom Community College. From the very start, she has been an outstanding student, curious, motivated and all-around delightful. She does not shy away from any challenge, whether it be to read and listen to Harry Potter’s “A l’école des sorciers” followed by a French oral interview, answer Marcel Proust’s questionnaire, or participate in the Kumquat Challenge in French. Next year, she will expand her study of languages (Arabic and French) and cultures in the Near Eastern Studies program at the University of Washington. 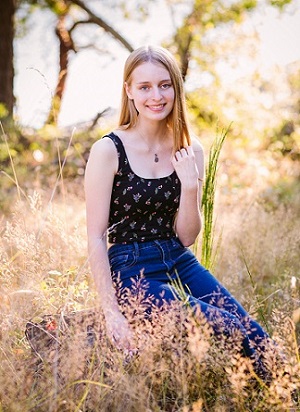