Physical Therapist Assistant Discipline Outstanding Student Award: Aubrey Moore, nominated by PTA faculty Brenda Henoch. Aubrey is a veteran and a respected and a successful one at that. Not many women are Blackhawk pilots let alone one who trains other pilots. Her subsequent injury and life altering surgery altered the course of her career. To our good fortune, she landed in our PTA program. Aubrey has an infectious and positive personality that lifts up all those around her. She is supportive of her classmates and leads by example. She has also made it a priority to be involved in the American Physical Therapy Association Student assembly. 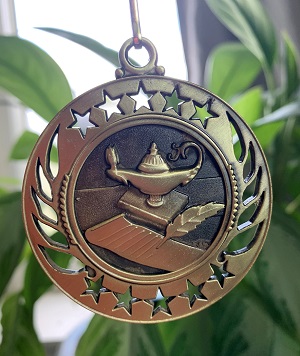