Biology Discipline Outstanding Student Award: Steve DeMoney, nominated by Biology faculty Lauren Maniatis. Steve DeMoney is a compassionate individual who is intellectually curious, engaging, and passionate. He is dedicated and committed to his education and career. Steve has the maturity, motivation, and ability to apply content to his daily life. This is reflective in his interest of snorkeling, his poignant class contributions, and his goal of becoming a science teacher. Steve excels under pressure and accepts challenges head on. I know he will excel in the future and I look forward to celebrating his successes! 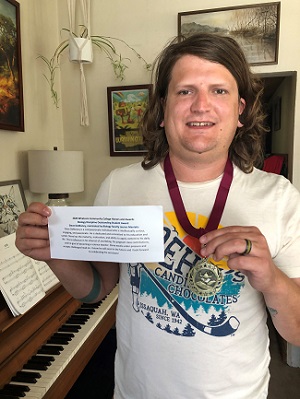